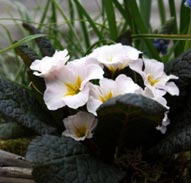 In cooperation with Fitzgerald Nurseries, Young Nurseries are pleased to announce the Kennedy Irish Primrose collection.

A new creation from good stock

This is a unique collection of Primroses bred over 35 years from old Irish varieties, by Joe Kennedy, one of Ireland’s leading amateur primrose breeders.

The first plant launch to start the program coincided with the 50th Anniversary of the inauguration of John F Kennedy as President of USA in January 1961. New additional varieties in this first series will be released through to the 50th Anniversary of his visit to Ireland and death in 1963. This collaboration between a Fitzgerald and a Kennedy to bring old Irish Primroses, all the way from County Wexford, near the old Kennedy homestead, is a typically Irish coincidence. 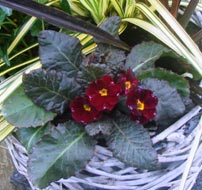 The first two varieties of the collection have been introduced.

Inisfree is a vivid red with yellow eye on dark foliage and Drumcliff another dark foliage variety but this time with larger lilac coloured flowers. More will follow with yellow, white, peach and pink flowers all on the most intensely dark purple foliage ever seen on Primroses.

In addition to unique foliage characteristics, other exciting traits from the old Irish varieties dating back to the late 19th are being worked on by Joe Kennedy. A new direction in the beauty of the Primrose has been born out of these old robust perennial Irish selections. Many of the later varieties will introduce some of the old “Hose-in-Hose”, “Jack-in-the-Greens” and various matt-forming stoloniferous types.